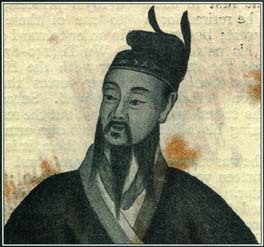 In Chinese mythology, Huang-Di was a legendary Chinese emperor and supporter of Taoism. A kind and wise ruler, he introduced systems of government, law, music, and art to China.

accompanied by a procession of tigers, wolves, snakes, and flocks of the fabled phoenix birds.

During Huang-Di's reign, only one god challenged his authority. The rebel god was aided by the emperor's son Fei Lian, lord of the wind. They sent fogs and rain to drown the imperial armies, but the emperor's daughter Ba (drought) dried up the rains and helped defeat the rebels.

There are no comments to display.